So I am not really sure how this post will go down… it might be a little heavy, so if you are looking for a happy list update or Emma’s unusual but mildly hilarious life musings you might want to skip this one… but it’s something that I have been thinking a lot about while I have been away, and something that I feel like I will be able to better process if I put some of it out in the open… because being in New Zealand has really got me thinking a lot about Indigenous Australia…

I am a white Australian… I didn’t choose to be, it’s just what happened… but being Australian is all I know, it’s all my parents know and I am pretty sure my grandparents too. Although I realised today that I don’t actually know that much about my heritage… I mean I know the countries my families come from, but I don’t know if we were convicts or migrants… All I know is we came second… second to the Aboriginal People… and that before me a lot of things went down.

As a child I was taught about Captain Cook discovering Australia, about the stolen generation and about how Australia became the Australian I know today (there was lots in between, but you get the idea). But as I have been traveling around New Zealand, I have been learning about Maori tradition and culture and the integration of English settlers and the traditional landowners and it has made me a little sad. It makes me wonder how much more of Indigenous Australian culture could have been saved and cherished, if things had have been done differently.

I know that there are a number of really significant differences between the indigenous cultures such as the way they communicate (multiple languages vs one) and their style of community (nomadic vs territorial), the approaches of the invading countries and perhaps even in the way it has been dealt with in the aftermath, but as I sit here in, on the Waitangi Treaty grounds, I can’t help but be a little jealous. I am jealous of the way that Maori culture has been persevered and respected. I am jealous that the English seemed to be completely different in New Zealand than in Australia (although that may just be the way the stories have travelled through time?) and I am jealous that things weren’t different, and that it is so hard… maybe even impossible to un do the damage that has been done across the Tasman in my home land.

I am frustrated that even now, in 2015, at home, it still feels like the Indigenous culture is just something that is there, its isn’t something that is embraced and cherished… it is something that is tolerated… well at least that is how it feels where I stand.   I am frustrated that it seems like such a big bridge to mend and that I actually don’t know how I can actually help this process as a someone who came here second. I am sad for my children and my children’s children that they will have the same or maybe even less of the true Australian history than I do… but mostly I am sad that I in this instance I still refer to myself as a white Australian… There shouldn’t be a divide, we are one.

I think when I get home I need to learn more about Aboriginal history and make sure I position myself as an ally and not another intolerant immigrant. I pray that there will be a day where Australia as a whole is just as proud of Aboriginal culture as the New Zealanders are of the Maori… not just a token acknowledgement of land, or an additional sentence in a text book, but a true blending of the old and new which really does make Australia the luckiest country in the world.   Until then I will let the words of my favourite Australian songs sum up my thoughts…

I came from the dream time, from the dusty red soil plains
I am the ancient heart – the keeper of the flame
I stood upon the rocky shore, I watched the tall ships come
For forty thousand years I’d been the first Australian

I came upon the prison ship bound down by iron chains
I cleared the land, endured the lash and waited for the rains.
I’m a settler, I’m a farmer’s wife on a dry and barren run
A convict then a free man, I became Australian

I’m the daughter of a digger who sought the mother lode
The girl became a woman on the long and dusty road
I’m a child of the depression, I saw the good times come
I’m a bushy, I’m a battler, I am Australian

We are one but we are many
And from all the lands on earth we come
We share a dream
And sing with one voice
I am, you are, we are Australian

I’m a teller of stories, I’m a singer of songs
I am Albert Namatjira, and I paint the ghostly gums
I’m Clancy on his horse, I’m Ned Kelly on the run
I’m the one who waltzed Matilda, I am Australian

I’m the hot wind from the desert, I’m the black soil of the plains
I’m the mountains and the valleys, I’m the drought and flooding rains
I am the rock, I am the sky, the rivers when they run
The spirit of this great land, I am Australian

We are one but we are many
And from all the lands on earth we come
We share a dream
And sing with one voice
I am, you are, we are Australian

2 thoughts on “The Treaty” 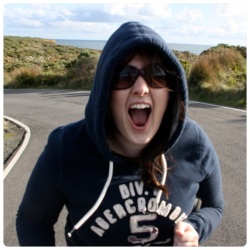